Dogs are thought to be facultative carnivores, meaning they can eat both carnivorous and omnivore foods to survive. This is a result of their evolutionary past and the changes that have occurred in their digestion, gastrointestinal system, and teeth. Nevertheless, they prefer to be carnivores; I have never witnessed my dog drooling over a salad or digging up the vegetable garden, but most dogs slobber over even the smallest piece of meat.

Wolves, which are carnivores, are the ancestors of dogs. Wolves eat mostly meat, and their diets are rich in fat and protein with little in the way of carbs. Dogs, which originated from wolves and were tamed, began to adapt to a more omnivorous diet as well, consuming both meat and any leftovers that their owners gave them.

The gastrointestinal system of dogs is similar to that of wolves, with a shorter small intestine and a longer colon, which is well-suited for digesting meat. However, unlike wolves, dogs have an enlarged cecum, which is a pouch located at the beginning of the colon, and it allows them to ferment plant material and extract more nutrients from their food.

The process of digestion in dogs is similar to that of other carnivores. They have a highly acidic stomach that helps to break down meat and kill harmful bacteria. However, unlike pure carnivores, dogs also have the ability to digest plant material, thanks to the presence of enzymes in their saliva and the enlarged cecum.

So there you have it

Dogs are classed as carnivores but they have adapted to be omnivores, as much out of ease of getting food from their humans as well as not going hungry, they are preferentially carnivorous but can survive on carbs and plants if need be, hence the biological term facultarive “capable of but not restricted to a particular function or mode of life.” 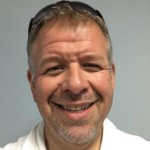 Lance Rose
My passion for dogs started in childhood growing up in a household full of dogs. I have been breading American Bulldogs since 1998, as a breeder, show judge, trainer and lifelong student of dogs and their behavior. I am the owner of this website whose roots go back to a labor of love started in 1998.

Save 30% on your next dog food order!

We have partnered with Chewy.com to offer the best deal on high-quality dog food to our readers. If you click on the button below, we will take you to their exclusive discount page.

As an Amazon Associate, I earn from qualifying purchases.
Keep in mind that we may receive commissions when you click our links and make purchases. However, this does not impact our reviews and comparisons. We try our best to keep things fair and balanced, in order to help you make the best choice for you.

As an Amazon Associate, I earn from qualifying purchases.

As a Chewy affiliate, I earn commissions for qualifying purchases.